The return of studio audiences at BBC Studioworks

Following the government’s continued easing of lockdown measures last week, which included the reopening of indoor performance venues form 15 August, BBC Studioworks has welcomed the return of studio audiences to its Television Centre studio facility, albeit on a much smaller, socially distanced scale.

Talkback is currently recording episodes of QI in BBC Studioworks’ 10,800 sq.ft. Studio TC1. The production’s recording last night (Monday 17 August) saw the reintroduction of a small studio audience, comprising 40 people spread across TC1’s 600-person audience rostra. This was the first facilitation of a studio audience at one of BBC Studioworks’ three facilities since COVID-19 lockdown measures were implemented earlier this year.

Safety measures and protocols put in place by BBC Studioworks to handle audiences in a socially distancing world include, mandatory temperature checks with thermal cameras before entry, the installation of hand sanitising stations in the outside queuing area and by the studio doors, floor markings and physical barriers laid out to highlight where the audience must stand whilst queuing. 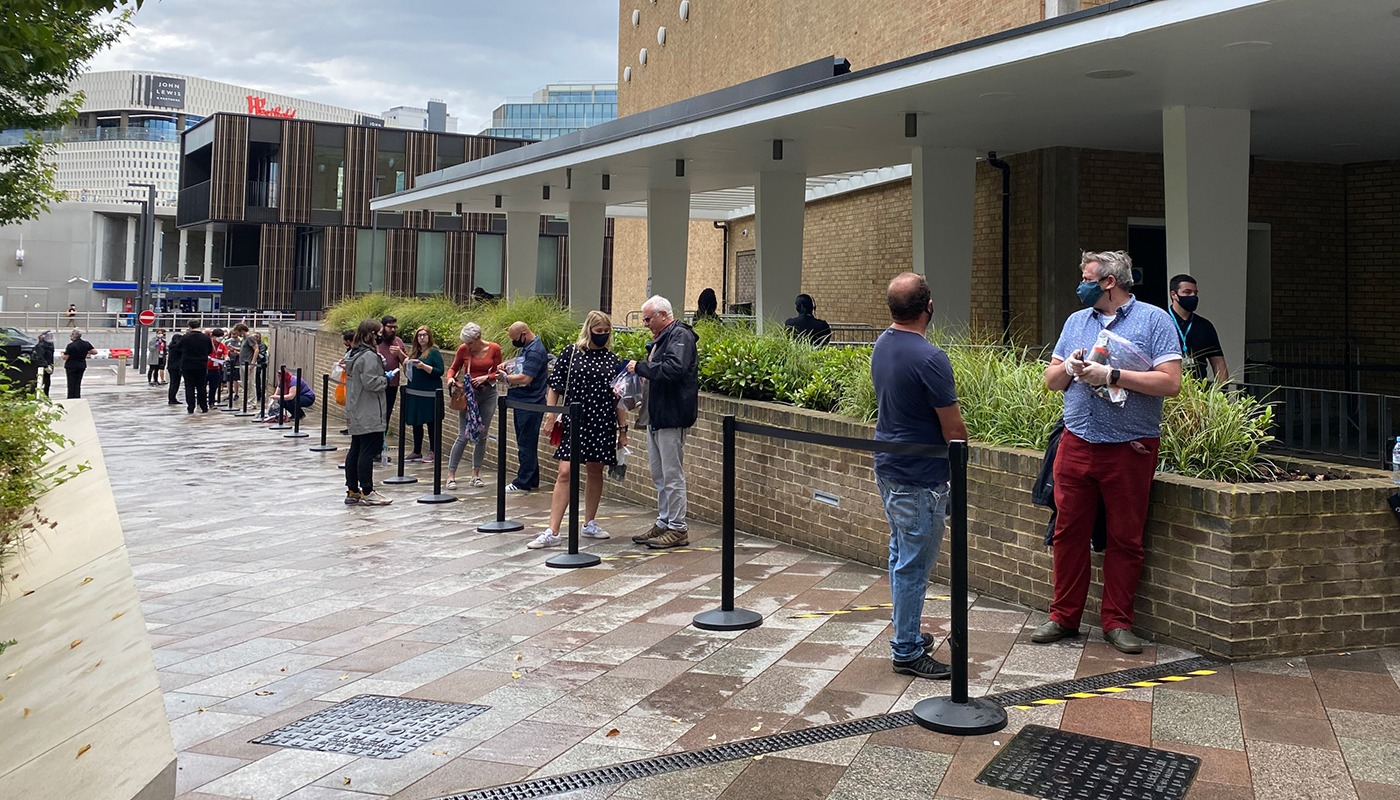 Floor markings and physical barriers in the outside audience queuing area

The audience’s entry and departure of the studio is staggered and when entering they are shown to their seats in their specific groups, seats which are not to be occupied are clearly marked. The studio seating design has been carefully planned in line with government guidelines, including 2m distancing between crew and audience seating and the wearing of face masks for all audience members is mandatory.

“We are following government guidelines to the letter and are taking all of the necessary steps to ensure that the return of audiences to our studios is managed safely”, said John O’Callaghan, Head of Studios and Post Production, BBC Studioworks. “We are currently having conversations with our other clients who are also keen to reinstate studio audiences to their productions, but all decisions will be made in adherence to our safety protocols.”

In addition to BBC Studioworks’ safety procedures, all audience members will be issued with a COVID-19 declaration to read and sign by the ticketing company and to assist with the NHS Test and Trace service, a temporary record of the audience will be kept for 21 days.