Hat Trick, So Television and Potato return to Elstree and Television Centre

BBC Studioworks welcomes back three award-winning titles across its portfolio in April in the form of Have I Got News For You, The Graham Norton Show and The Chase Celebrity Special. 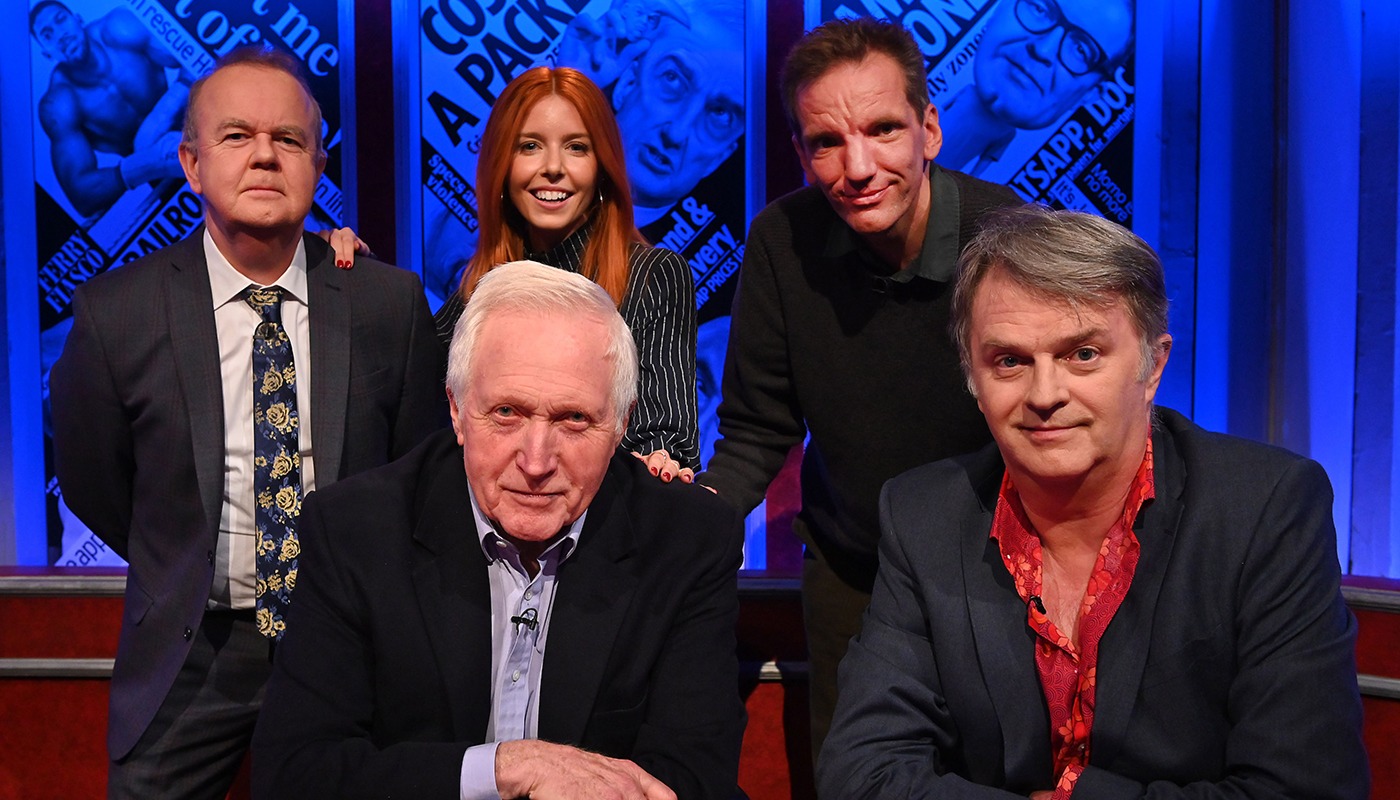 Having moved to Studioworks Elstree facility in October 2018, Have I Got News For You returns to Studioworks’ 7,550 sq. ft. Elstree 8 studio to record its 57th series throughout April and May.

The satirical panel show is recorded in front of an audience of 350 and makes full use of Studioworks’ HD galleries and ancillary facilities. 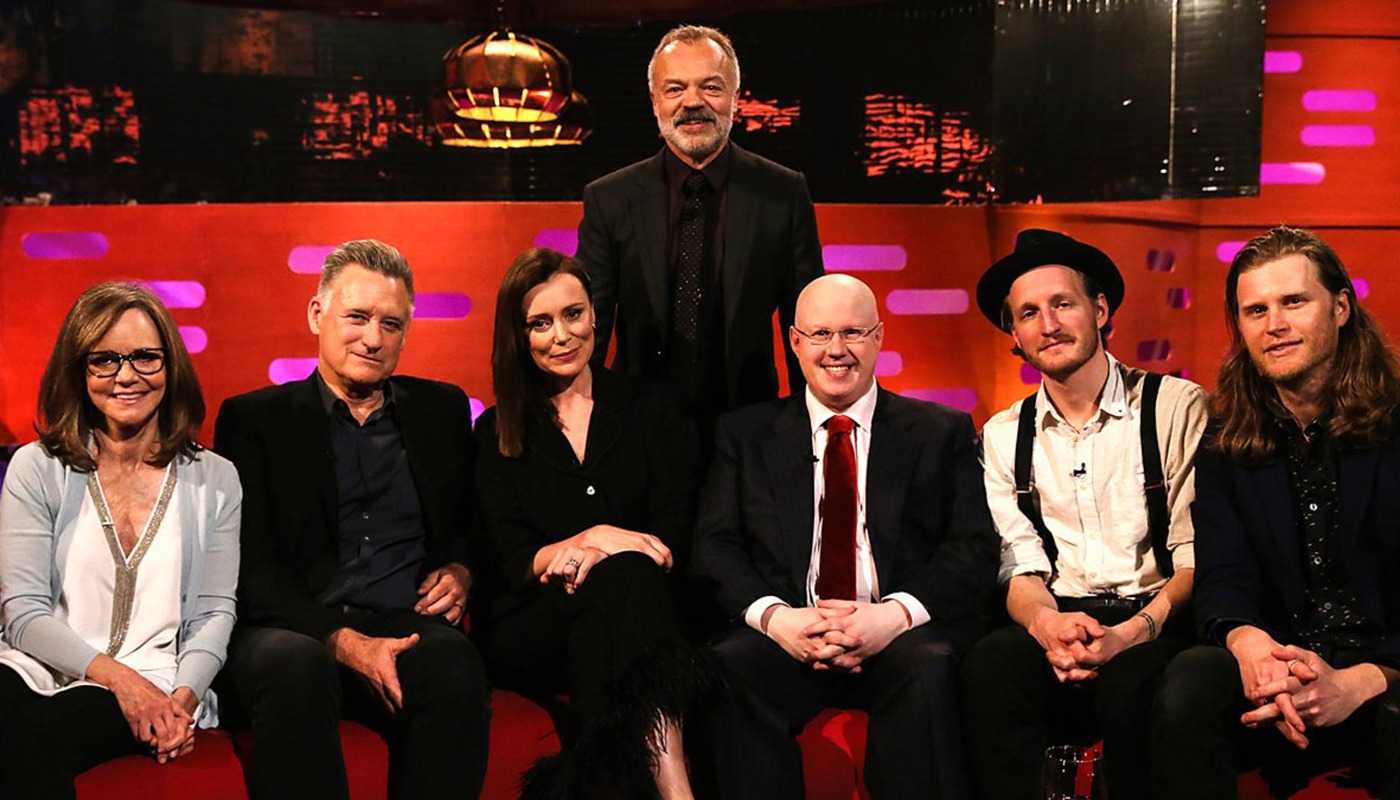 Graham Norton and the guests for the first episode of series 25 – Sally Field, Bill Pullman, Keeley Hawes, Matt Lucas and The Lumineers

The primetime production benefits from Studioworks’ configurable seating rostra for its 600 audience members and makes use of cutting-edge technologies consisting of an eight-camera configuration including a jib and audio supplied via a Studer Vista X. 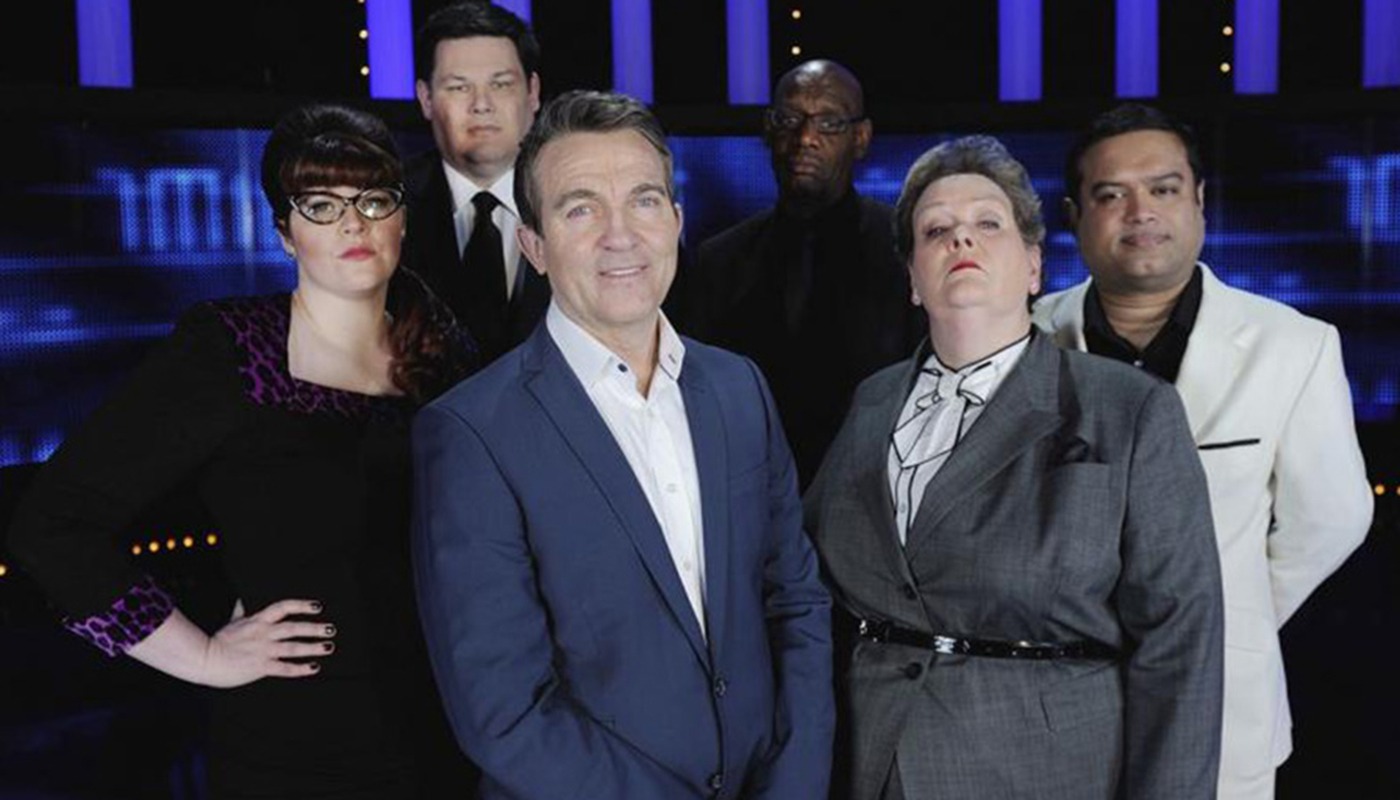 Presenter Bradley Walsh and the Chasers

Studio TC1 will also facilitate The Chase Celebrity Special in April. The fast-moving general knowledge quiz has been a long-standing client which saw it record over 200 episodes of the standard version with Studioworks in 2018.

Presented by Bradley Walsh, the Celebrity Special sees four famous faces pit their wits against ruthless quiz genius, ‘The Chaser’, in the hope of winning thousands of pounds for charity.

See all
April 5, 2019 Later…with Jools Holland returns to BBC Studioworks’ Television Centre studio facility BBC Studios confirms Studio TC1 residency with BBC Studioworks for forthcoming music series.
March 20, 2019 BBC Studioworks bolsters title wins with shows from Talkback, Zeppotron, Potato and ITV Studios Celebrity Juice, 8 out of 10 Cats, Piers Morgan's Life Stories, Jon Richardson: Ultimate Worrier and CelebAbility confirm BBC Studioworks residencies.
March 15, 2019 BBC Studioworks to provide full studio and post production services to Comic Relief Appeal Night The televised charity fundraiser will broadcast live from Studioworks’ 11,800 sq. ft. Studio D at BBC Elstree Centre on Friday 15 March.
We use cookies on our website to give you the most relevant experience by remembering your preferences and repeat visits. By clicking “Accept All”, you consent to the use of ALL the cookies. However, you may visit "Cookie Settings" to provide a controlled consent.
Cookie SettingsAccept All
Manage consent