Red Nose Day, the biennial telethon, makes its return on 15th March. As well as being a day when the nation comes together to raise much-needed funds for Comic Relief, it culminates with a night of entertaining television on BBC One and BBC Two to inspire everyone watching at home to give generously.

The televised charity fundraiser will broadcast live from Studioworks’ 11,800 sq. ft. Studio D at BBC Elstree Centre in front of an audience of 490.

Given the sheer scale and complexity of the show, Studioworks will employ over 45 experts (a mix of staff and freelancers) ranging from engineers and scenic staff, through to production liaison and riggers, to ensure the five hours of live transmission runs seamlessly. 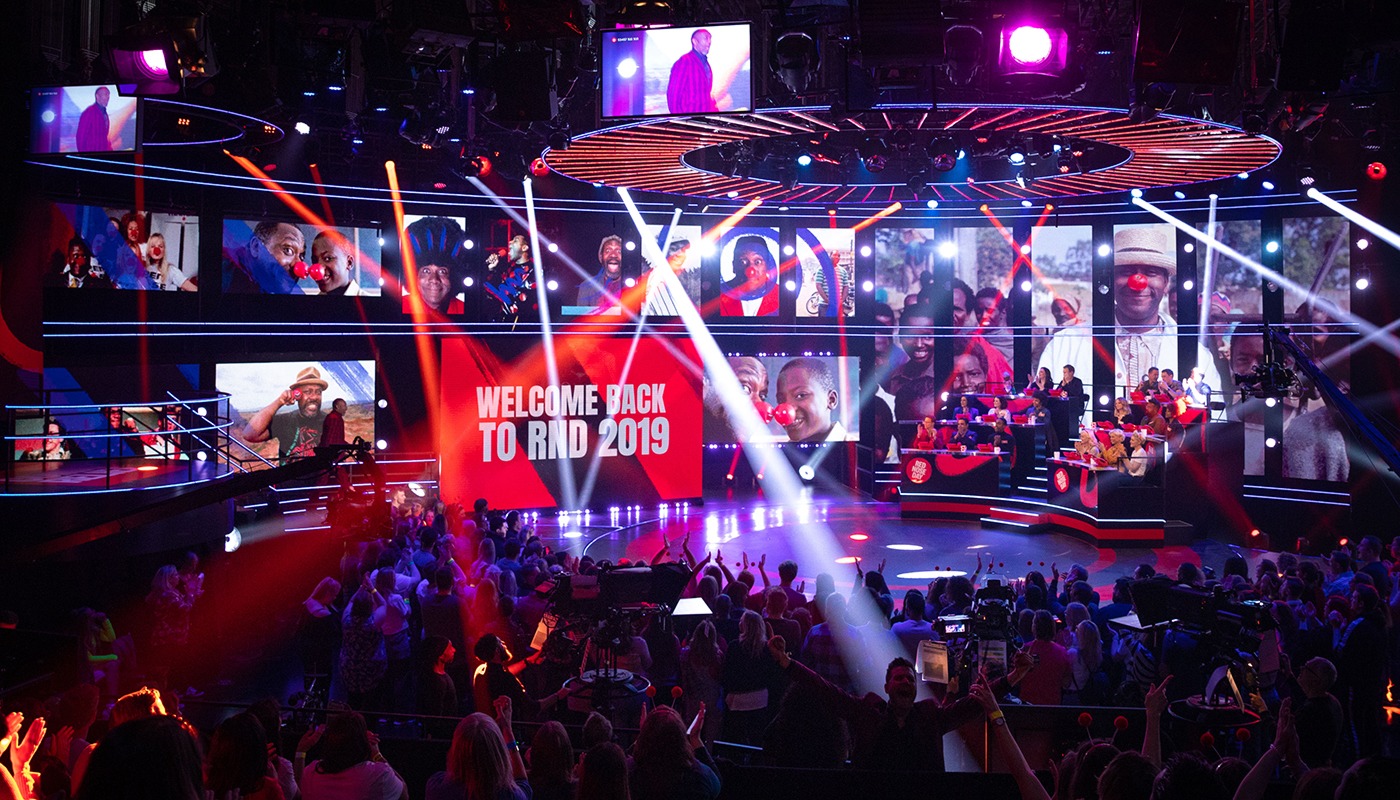 This year, for the 17th show, the set consists of over 300 individual pieces, which will take Studioworks’ scenic team seven days to build.

The technical requirements needed to deliver the show include the configuration of 10 cameras including two jibs and a rail cam to capture the action at all levels.

The set will almost be entirely backed by high-res screens, which will create a dynamic look that will change throughout the evening. It will also provide a creative way of displaying information such as the fundraising total.

The Studioworks audio team will support several live music acts throughout the night as well as managing a live celebrity phone bank on set where members of the public phoning up to pledge could have the possibility of getting through to a celebrity. 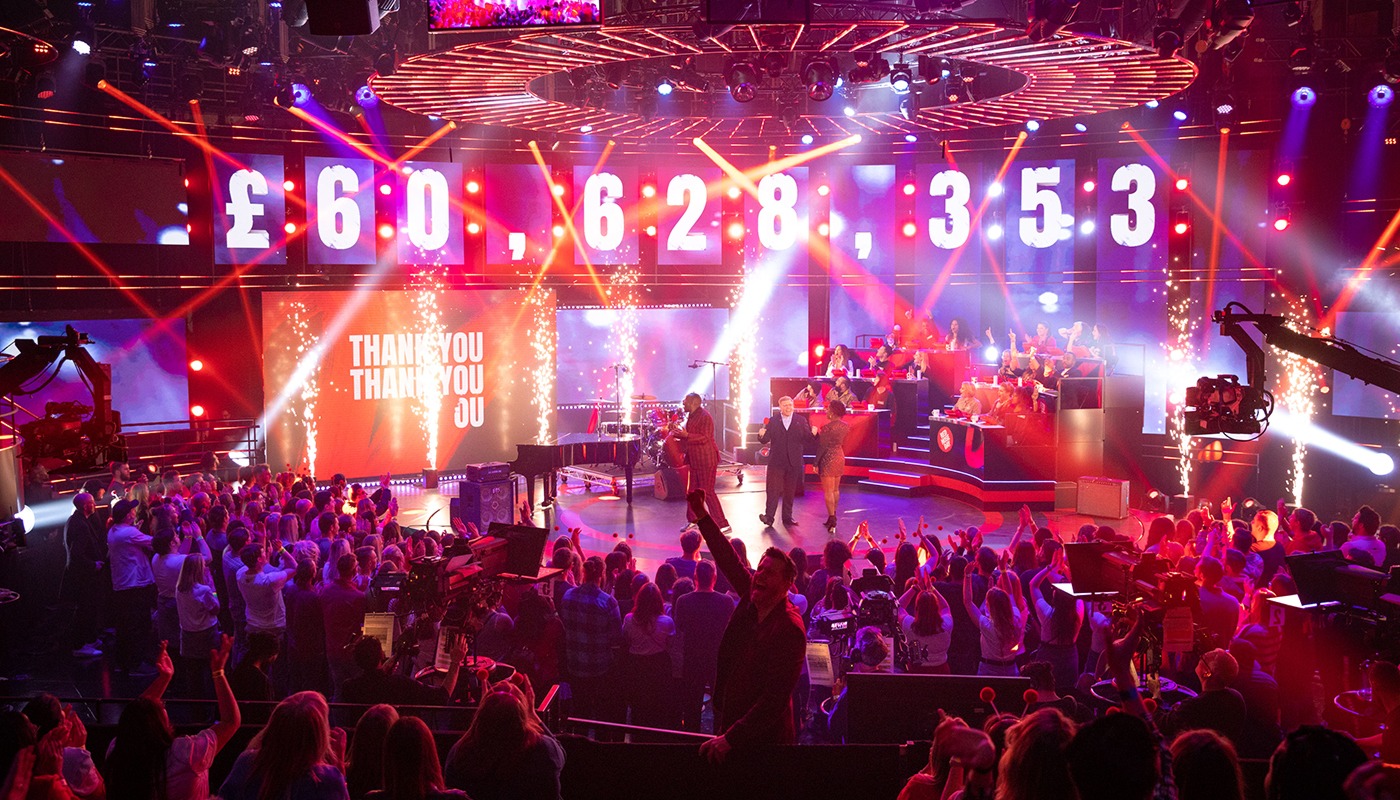 The multiplexer is the hub for the play-in of pre-edited VTs and the ingest of regional contributions, capable of taking multiple incoming feeds at any one time. The VTs, which bind the live broadcast together, are completed in Studioworks’ edit suites during the two weeks before the show and loaded into the multiplexer EVS servers ready for the start of the show. An EVS-Avid ingest workflow, which utilises tapeless recording core infrastructure, enables fast turnaround edits to build highlights compilations for TX in the latter part of the show.

Integration with the Riedel talkback system means that the multiplexer can behave as an extension of the production gallery. With 16 lines each way between the multiplexer and Studio D, there is plenty of capacity for taking outside sources as well as recording the show and playing the VT content in live on the night.

On the day of the live broadcast, BBC Studioworks will stream incoming regional content, and the show itself, into its Avid storage system, enabling the creation of both regional and on-the-night highlights packages, which will be played back into the live broadcast via the multiplexer. Editing continues through Saturday, putting together the highlights show for TX on Sunday.

See all
February 13, 2019 BBC Studioworks welcomes returning productions ITV Studios, Hot Sauce, Expectation and Dice Productions return to BBC Studioworks' Elstree and Television Centre studio facilities this February
January 30, 2019 Channel 4’s Sunday Brunch moves to BBC Studioworks for 2019 Cookery show broadcasts live from Television Centre in White City
January 25, 2019 BBC Studioworks kick-starts 2019 with new titles BBC Studioworks is facilitating new wins ‘Blockbusters’ and ‘Your Face or Mine’ for Comedy Central.
We use cookies on our website to give you the most relevant experience by remembering your preferences and repeat visits. By clicking “Accept All”, you consent to the use of ALL the cookies. However, you may visit "Cookie Settings" to provide a controlled consent.
Cookie SettingsAccept All
Manage consent