Taking up residency in Studioworks’ 10,800 sq. ft. Studio TC1, the Friday night entertainment show is produced by Fulwell 73 and will be fronted by Radio 1 DJ Greg James and Radio 1 Xtra’s Dotty. The new primetime format will include a mixture of music performances and sketches, with Greg and Dotty sharing presenting duties with a different major music artist each week.

Sounds Like Friday Night’s colossal set makes full use of the large floor space in Studio TC1, allowing for an audience of 475 people and a seven camera configuration. Studioworks’ recent investment in broadcasting equipment at Television Centre has helped make the facility an industry-leading production hub, ensuring Fulwell 73 benefits from the latest in gallery control desks, comms systems and cameras. 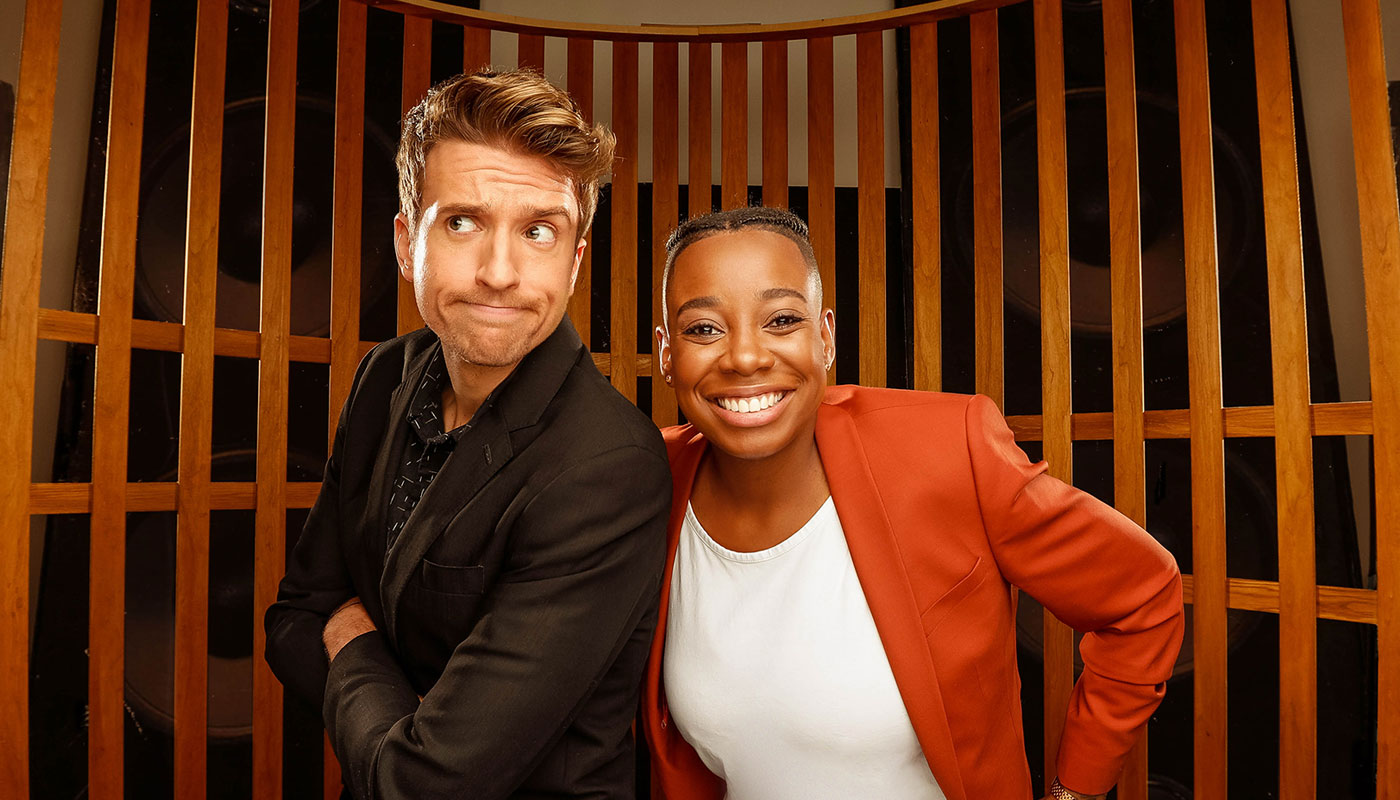 Studioworks is also providing post production services via a VT Avid Symphony offline and online suite, audio dubbing via protools and EVS tapeless recording for a 48-minute worldwide reversion via a third edit.

Fulwell 73 is not the only production company to use Studioworks’ one-stop-shop studio and post production offering. Both Sky (The Russell Howard Hour) and Hot Sauce (The Jonathan Ross Show) make use of Studioworks’ on the day editing facilities and BBC Studios has engaged with Studioworks for full delivery of its content for Strictly Come Dancing and It Takes Two.

Meryl McLaren, Commercial Manager at BBC Studioworks says: “We’re delighted Fulwell 73 has decided to partner with us, bringing the first live music show to TC1 and our new Television Centre. Facilitating live television really brings out the best in state-of-the art facilities and of course, our talented staff and freelancers”.

Sounds Like Friday Night will air on BBC One tonight at 7:30pm, with Jason Derulo stepping up as the first star presenter of the series.