BBC Studioworks has welcomed Avalon Television for the eighth series of long-running BBC sitcom, Not Going Out.

Approaching its decade anniversary, BBC One’s Not Going Out follows the jokes, jibes and general misunderstandings of happy-go-lucky Lee (Lee Mack – also series creator and writer) and his friends. This new series comprises of eight episodes and is based seven years on from the last, with Lee and Lucy now married with children and living in suburbia.

As with many studio audience sitcoms, Not Going Out had a nest of multiple sets, varying from a family home to a coffee shop, all of which had three solid walls with the audience and cameras looking through the open fourth wall. The camera configuration comprised of five heavyweights, plus five Fisher booms capturing the cast members’ audio. 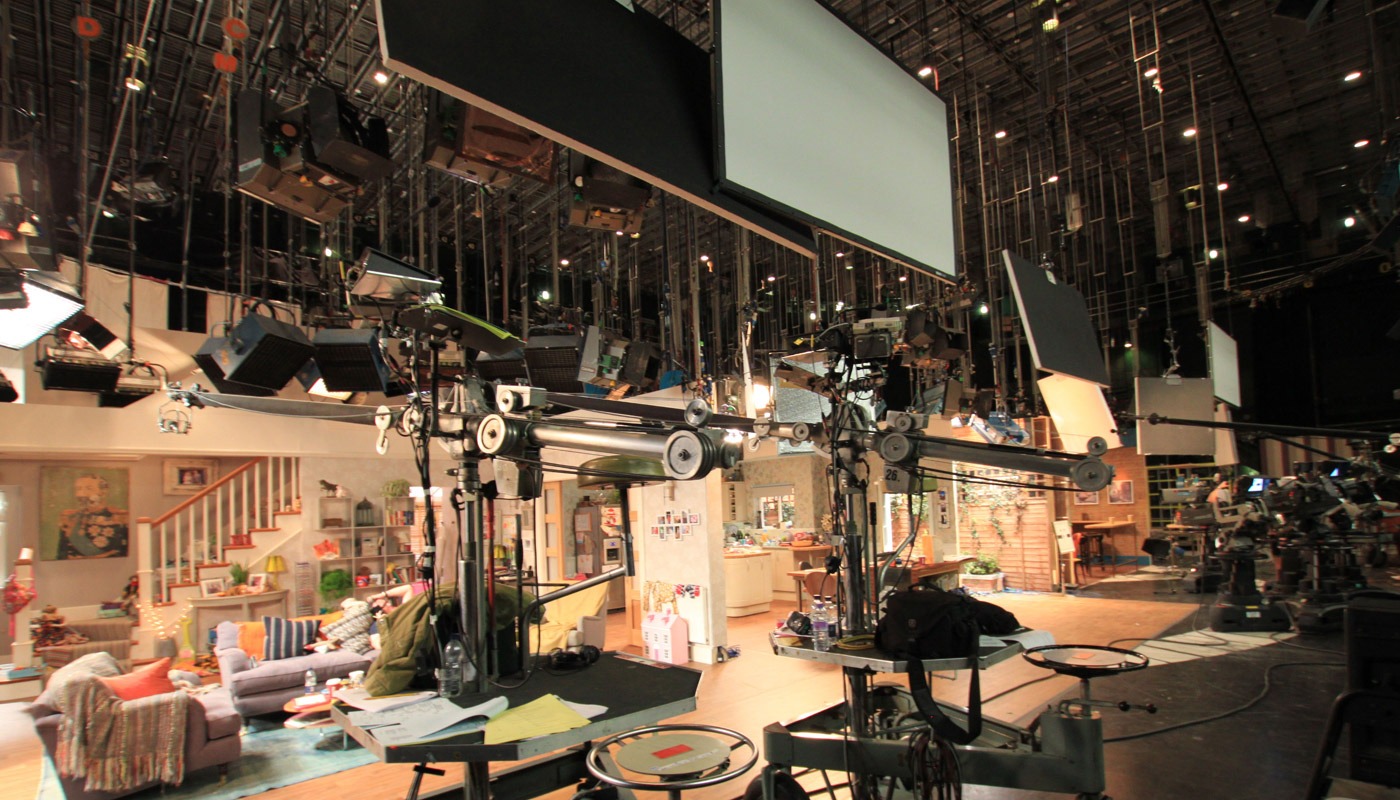 Instead of opting for laughter tracks, the production made full use of both studios’ seating rostras and filmed in front of a live studio audience, allowing real laughter to bounce around the studio on the delivery of the comedic scripts.

The production also made use of BBC Studioworks’ onsite Avid Symphony suites. Pre-recorded scenes were digitised, edited and then played into the show on the same day for the live studio audience to react to.

John O’Callaghan, Head of Studios and Post Production at BBC Studioworks said: “In recent years we have seen more and more sitcoms film on location, but for those productions seeking a classic studio sitcom, our facilities provide a stable and creative environment with full control over lighting, sound and continuity.”

Following Not Going Out’s last televised episode in December 2015, the highly anticipated return of the show will air on BBC One on Friday 13 January.