Returning for its second consecutive series, the five episodes of Lip Sync Battle UK recorded during December 2016 at BBC Studioworks.

Produced by Whizz Kid Entertainment for Channel 5, Studio D provided an adaptable performance space that easily housed the dynamic set and a roaring audience of 450.

Across Studio D’s 11,800 sq. ft. floor, an eight camera set-up was deployed, compromising of four pedestals and two handheld cameras, a radio link Steadicam and a jib. To capture audience reactions, a GoPro action camera was also on set.

BBC Studioworks also provided the production team with ancillary areas that were used to record backstage footage for the links between performances, including costume, make-up and dressing rooms, production offices, props workshops and green rooms. 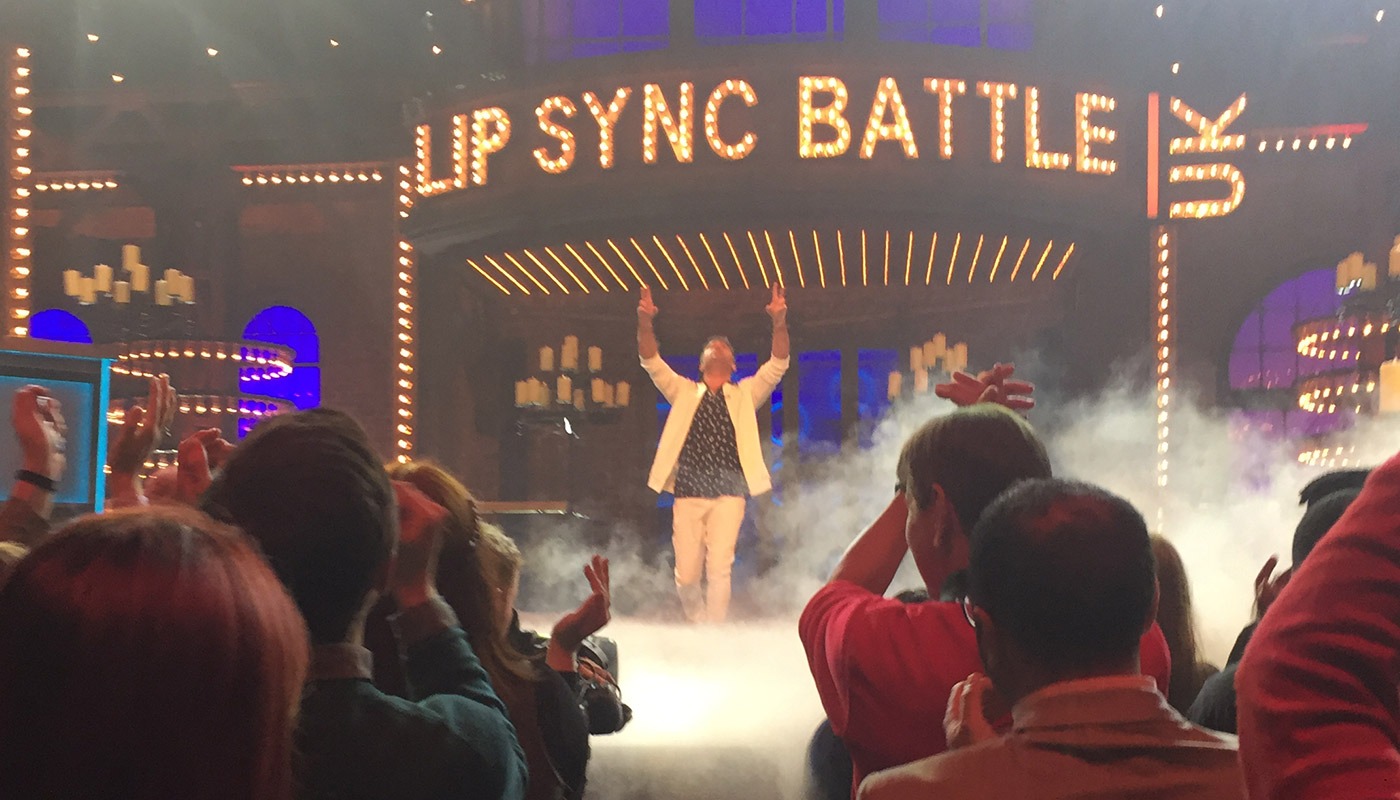 The second series of Lip Sync Battle UK sees two celebrities go head-to-head in a battle like no other – lip syncing to two songs, with the dance moves and costumes to match.

Presented by Spice Girl Mel B and British rap sensation Professor Green, celebrities going into battle in the second series of the show include Peter Andre versus Gino D’Acampo and Jimmy Carr versus Alexander Armstrong.