The new four-part series, presented by popular hosting-duo Mel Giedroyc and Sue Perkins, sees celebrity performers take to the stage to display their dance moves and musical talents by delivering their interpretations of various pop hits.

With viewers voting for their favourite performer (proceeds from their calls going to Comic Relief), the format sees two of the star acts featured in each of the first three shows progress to Saturday’s Grand Final. 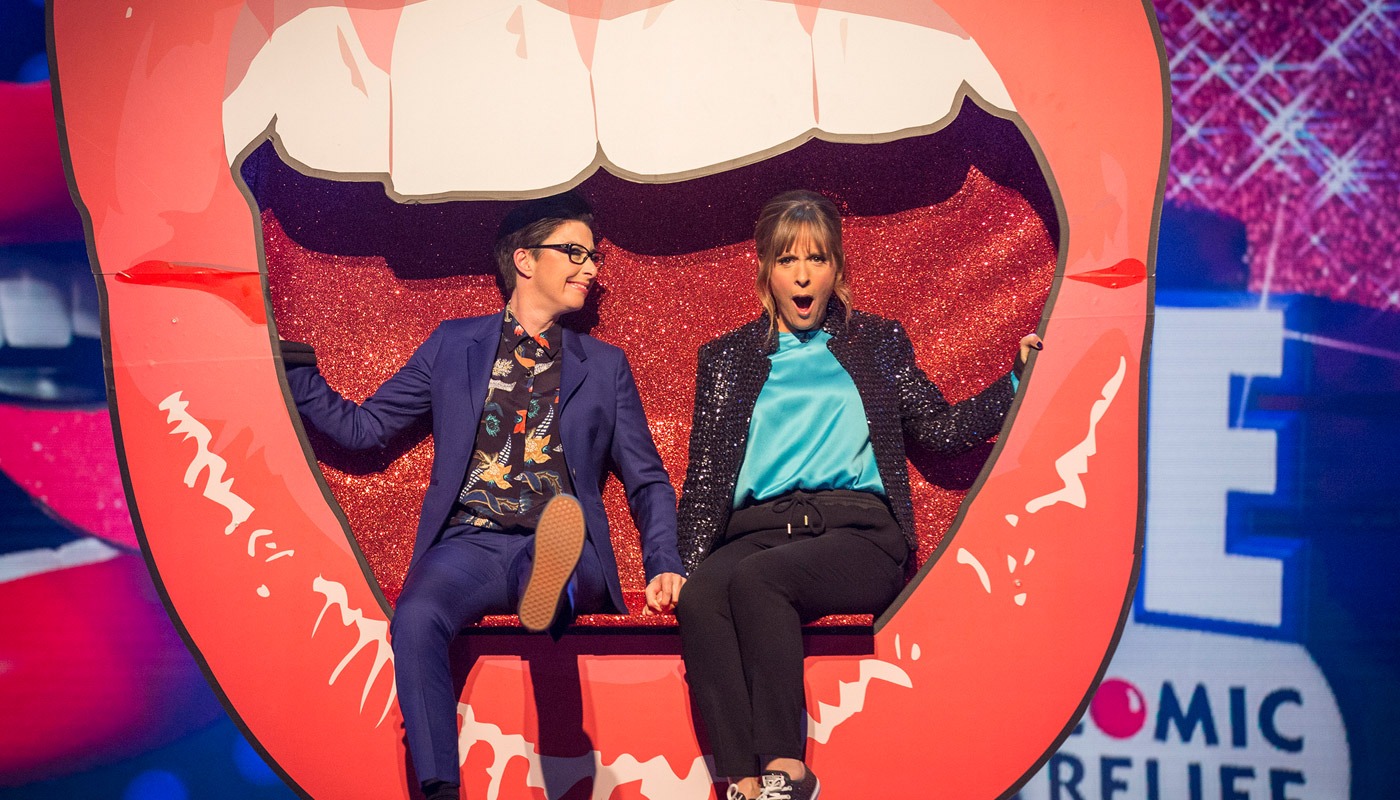 The celebrities performing live from BBC Studioworks’ 11,800 sq. ft. Studio D at Elstree on Saturday night, include comedian Sara Pascoe, radio personalities Rickie Haywood-Williams and Melvin Odoom, the cast of Casualty and Holby City, The Chasers from ITV quiz show The Chase, five of The One Show reporters (including Angellica Bell and Dominic Littlewood) and This Morning presenter Alison Hammond.

The first of the four weekly shows transmitted on Saturday 4 March. The production makes full use of BBC Studioworks’ HD production galleries and utilises Studio D’s floor with its impressive set-up, including a camera configuration comprising of multiple peds, handhelds, a radio steadicam, a technocrane and a radio tracking Junior 5. Plus, the celebrity performers are cheered on by an audience of 500, spread across both the studio floor and the built-in seating rostra.

BBC Studioworks’ bespoke onsite post production facility allows the Let’s Sing and Dance for Comic Relief team to streamline their production process by having the edit and studio under one roof.

Across the series, close to 150 hours of rushes have been handled by BBC Studioworks. Rushes from scripted comedy VTs are delivered to the edit assistants. The rushes are backed up to a 100TB Object Matrix Nearline and are automatically replicated to LTO via a Xendata system. All rushes are then consolidated to ISIS7000 editing storage.

VTs are on-lined in Avid Symphony suites onsite, with some audio work being completed in a Pro-Tools Audio Dub. Voice Over is recorded on site and added to the VTs each week. The completed VTs are then delivered to Studio D’s gallery directly via HD Fibre connectivity.

Deliverables for BBC Creative, BBC web teams and Comic Relief have also been generated during the course of the series; these have been a mixture of tape, pro-res files and AS-11 utilising BBC Studioworks’ Vantage encoding engines.