The latest of these fundraising extravaganzas was broadcast live from our 11,800 sq.ft. Studio D tonight, Friday 15 November 2019.

Standing at over 35’ high, the impressive set took four days to build. The technical-rig began on Saturday, 9 November, with rehearsals running from Wednesday, 13 November, through to the day of broadcast. The set was illuminated by more than 170 pieces of lighting, controlled by six lighting desks and a 10-camera set-up was also configured to capture the antics on the stage and within the 500-strong studio audience.

Watch our studio team expertly construct the 2017 set in Studio D in the below video.

In addition to the studio, the edits and bespoke built multiplexer, were in BBC Studioworks’ Elstree post production village. During the Appeal Show’s broadcast, the multiplexer managed live feeds from multiple UK locations, featuring fundraising and regional stories, recorded the transmission and managed all of the VT content that was played into the show during the five hour transmission. EVS servers recorded all content from the studio and outside broadcasts onto an Avid Nexis system making it accessible instantly in the edit. These recordings were edited into highlight montages for inclusion in the live TX. 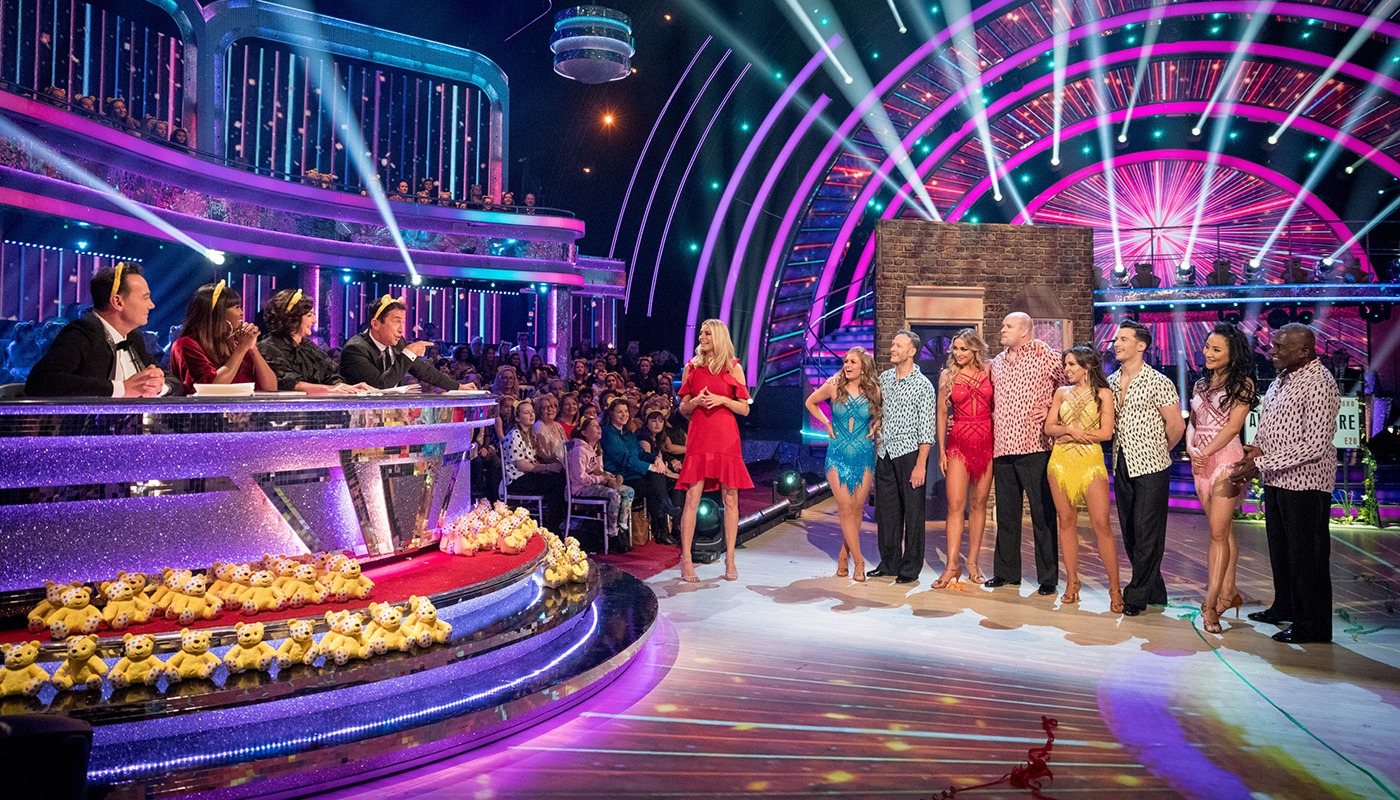 Once the live show ended, BBC Studioworks continued editing into the night with the turnaround of a 45-minute highlights programme for delivery and broadcast on BBC One on Sunday 17 November.

WORK FOR US
Contact one of our specialists about how we can bring your show to life.